Artisans of the month, the makers of “Parmigiano Reggiano” 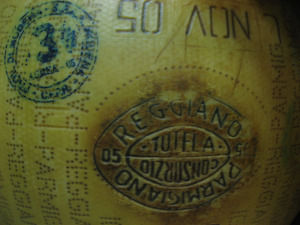 The artisans of this month are the makers of Parmigiano Reggiano, which  I consider the king of all cheeses. Our class attendees visiting Emilia Romagna’s world famous caseificios this week, where the production of these 80 pound wheels takes place, were amazed at the labor involved, time, dedication and passion that the artisans have for this cheese  made as it was done almost 1000 years ago.  The monks of centuries ago needing a long standing cheese, came up with the method which remains today. The one difference is the quantity made today and the need for  larger equipment but the cheese continues to be made by hand as done in the past. 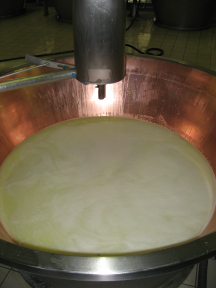 The two milks, morning and evenings

The artisan maker begins his day at 4 am with the first arrival of the morning milk which is added to the milk of the night before that has been allowed to settle so that  the cream will separate.  The cream is then  removed to be used for other items such as the making of  butter.  After combining  the skin milk of the night before and the fresh  whole milk of the morning, the tedious process begins.  The cows, that are fed only grass and alfalfa and  kept in stalls, produce a  rich milk which results in the making of a great cheese. Being that the cows are milked daily, the production takes place 365 days of the year.

The milk is combined into large copper cauldrons which allow the steam to circulate and control the  temperature. In the cauldrons is some whey from the previous made cheese which the  lactic acid  helps in the ripening of the process.  The only thing added to the milk is  rennet, taken from the stomach of a suckling cow that helps the cheese to curdle. The cheese maker then proceeds to work to separate the curd from the whey . It takes about  250 gallons of milk to make  about 80 pounds of curd.  The curd is raised manually and put into two canvas slings ( as seen in photo) were they are left to hang and the whey allowed to drip back into the cauldron.  Then the cheese master will  begin the process of putting the curd into its first form, a plastic circular mold with a weight used to force the liquid out.

A  period resting  in a brine of  seasalt  ( as seen in the picture) helps to form the rind of the cheese which is edible considering there is no additive or preservation other than salt to maintain this cheese. Slipped into a metal  mold that punches out an imprint identifying the cheese by the month and day of  production, gives each cheese also its own number of identity.  Any problem related to the cheese can resort back to the day of production and the milk that produced it.  This is what is meant when in Italy it is said one wishes to know where, how, and the when  a food item was produced and by whom.

Aging takes place in giant climate control warehouses which may store up to 10.000 or more wheels. This is the city’s blood life. It is mortgaged as in banking and when sold, mortgages are paid up. The cheese is produced, stored, control and tested regularly for meeting certain requirements before allowed to have the seal of quality. Aging takes a minimum of 18 to 2 years but aged for longer times depending on the use of the cheese. ( see photo of one dated 2000). This cheese that has less calories due to the skin milk used is popular in Italy as an eating cheese and used in cooking whereas around the world has become known basically as a cheese to grate. The Italian housewife buys the age of the cheese depending on its use. Although a lover of all artisan cheeses,  I do believe parmigiano reggiano has few rivals. 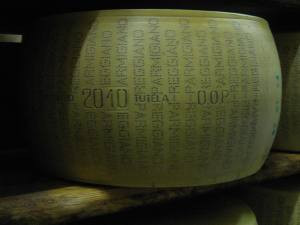 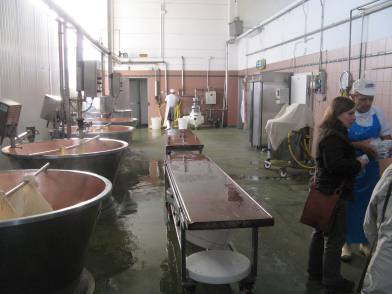 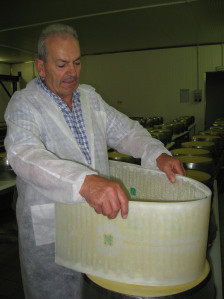 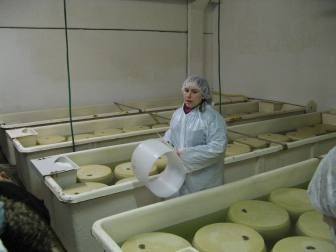 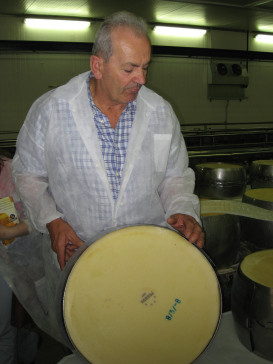 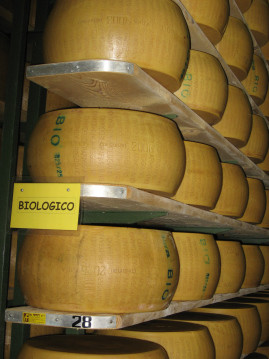 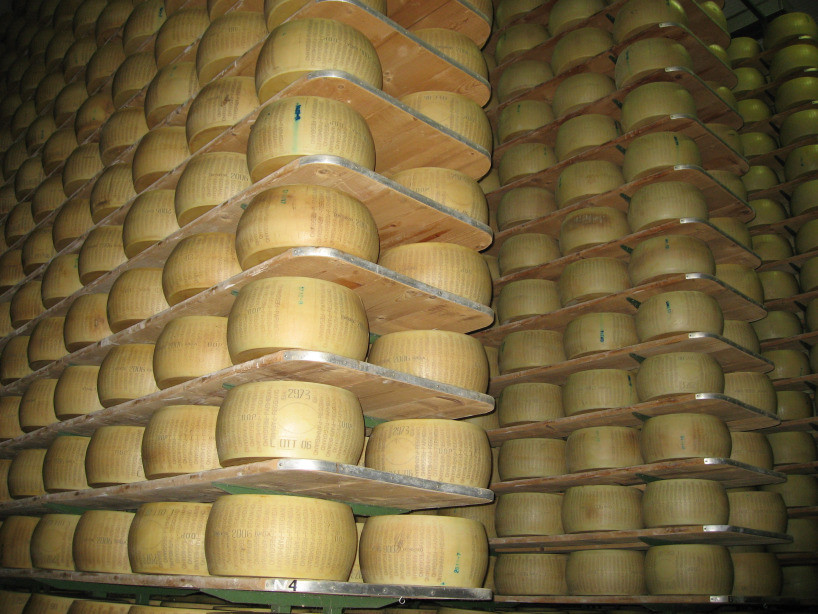 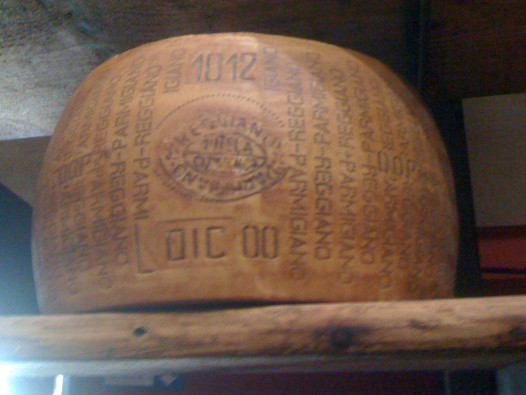 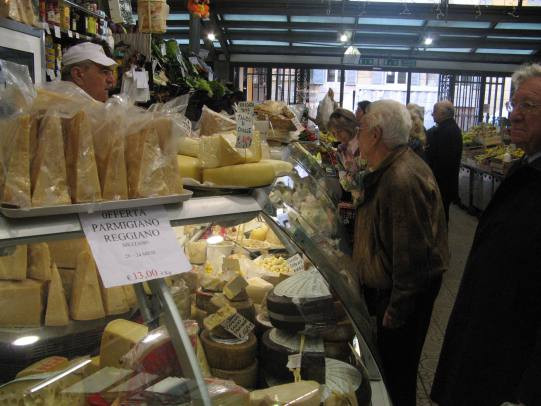 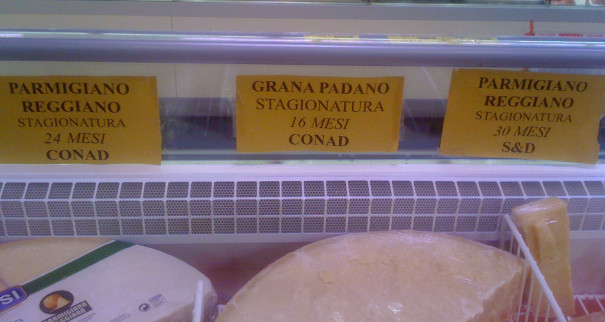