I was fixing breakfast one morning when little Joey, a house guests, came crying to me that our dog did not like him. It was hard to believe. I told him I would go out and see once I finished beating eggs for a morning frittata. Before I finished Joey went out and began to yell Va Via, Va Via. When I went out he pointed to Toto that was running away. “ See he doesn’t like me”. I then realized that Joey heard my husband yelling at Toto to go away in Italian. Joey thought it was his name. After wiping his tears and explaining that it was a command to go away and not his name a happy smile appeared on Joey’s face. Looking up at me he said, “ But Miss Lucy, how long did it take for Toto to learn Italian?”

Enzo, our dashhound was unusual since he had a brown and black spotted coat. He came to live with me when I was alone in Tuscany .He played soccer, shooting the ball back to me with his nose as I would shoot one to him. But most amazing was how he would howl along with me as I would sing while working. Our guests were always amazed. It was great except when at my daughter’s wedding, Carlo Bini, our opera singer neighbor who we were honored to have sing at my daughter’s reception had to cut short his aria of Aida. Enzo began his howls that he learned to do whenever I sang. Mr Bini looked out at the guests and explained that he had experienced lots of competition in his singing career but never with a dog and reluctantly returned to his dinner table. At that time, Enzo retired to the greenbelt quietly but shortly after faced a terrible death. He was irreplaceable but we did get two other lovely dashhounds, Tara and Tito to give our black dashhound company.

For a week we could not find Tara in the evening. She would return every night only after our desperate calls for her as we would close the doors of the main house. We finally learned where Tara spent her time when a family shared with us this lovely picture of their beautiful little girl who wanted to sleep with Tara . Her parents allowed this until hearing our desperate calls at 11:00 when they would let Tara out of their apartment. Such a precious picture of love between a dog and a child I felt was worth sharing. 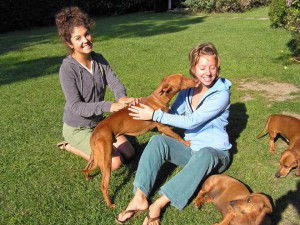 Sara and Kelly, two of our wonderful summer interns with Toto, Tara and Tito.

Our dogs love pilates sessions, with our guests. See Tara with her short legs high in the air stretching to the sky in the last row and Toto trying to help in the first row.

This is a dog that I wish was ours. Trained to sniff the ground in search for the most precious, expensive and culinary delicacy, the white truffle, allows truffle hunters to

command a high price for their trained dogs. Out on our truffle hung he rarely fails us in our search of this high priced delicacy often referred to as the “food of the gods.” 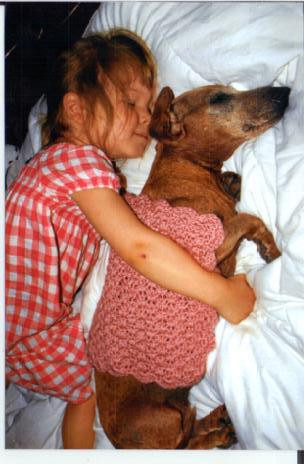 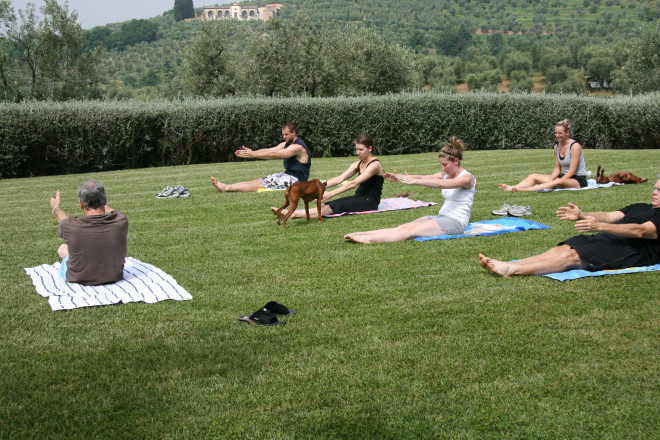 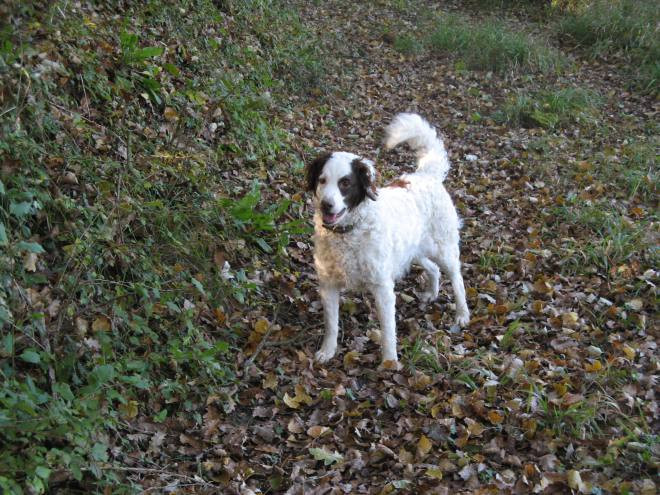 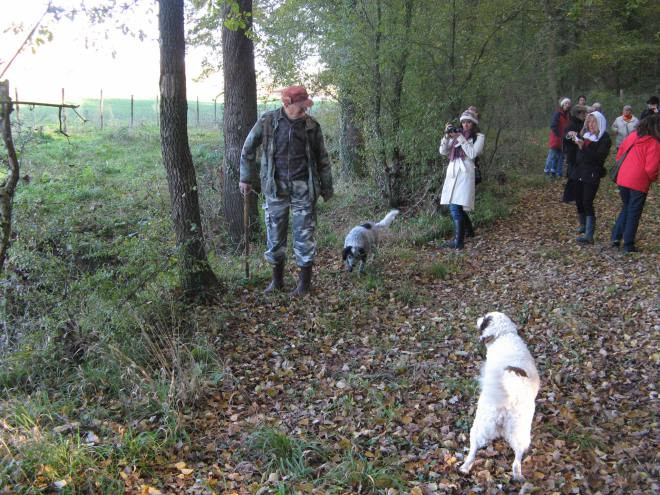